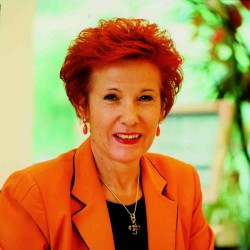 Since my calling to the executive board of the Salzburg Foundation, it has been a joy and a pleasure to implement the idea of shaping baroque Salzburg with modern art in public space.

International feedback shows that this was a magnificent initiative and the Salzburg Foundation set an attractive counterpoint with the “Walk of Modern Art” as a set off to the newly-opened cathedral quarter.

With the new idea to also occupy the Krauthügel with modern art during the summer, an even wider audience is brought to artists like Bernar Venet or Anthony Cragg upon entering the city.

2008 – to present
Chairman of the Salzburger Aluminium AG supervisory board

2006 – to present
Chairman of the Achen Kraftwerke AG supervisory board