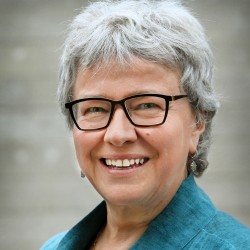 In the Würth collection, Austrian art as well as the relationships to artists and art institutions beyond Austria finally don’t play a big role thanks to the location of the Würth family in Salzburg. Not final is the connection through the Würth sculpture garden at Arenberg castle, which, since 2004, has arisen in cooperation with the Salzburg foundation of the American Austrian Foundation and in which the collection’s chosen works of art are permanently on display and the Salzburg Foundation’s Salzburg art project, “Walk of Modern Art”, has been advanced. Through my work on the construction of the art collection initiated by Prof. Dr. h. c. (multiple doctor titles) Reinhold Würth, I, personally, also built a very close connection to art and artists in Salzburg and Austria. Such being the case, I gladly accepted a seat on the executive board of the Salzburg Foundation for one of the most spectacular open-air museums. It is a great honor and pleasure to contribute together on the Salzburg Foundation’s executive board. Furthermore – isn’t Salzburg always worth a trip?

Study of library science in Stuttgart and later art history in Würzburg.

1983 until 1985
deputy head of University library in Stuttgart, Vaihingen branch.

Since 1989
curatorial care of Hirschwirtscheuer, Museum for artistic families in the summer in Künzelsau.

Since 1993
authorized signatory at Adolf Würth GmbH & Co. KG as well as advisor to the Baden-Württemberg Museum Association.

Since 2000
authorized signatory at the Swiridoff publisher of Adolf Würth GmbH & Co. KG.

Since 2001
head of Würth art gallery at Schwäbisch Hall

Since 2003
member of the Schwäbisch Hall open-air performances board of trustees.

Since 2007
member of the Würth Group board of the trustees.

2008
head of the Johanniter church at Schwäbisch Hall.