Beyond (A System of Pasing) „AEIOU“, Anselm Kiefer

Matthias Pintscher (*1971) sees his two main spheres of activity—composing and conducting—as entirely complementary. He has created significant works for some of the world’s leading orchestras, and regularly conducts throughout Europe and the U.S. In June 2012, he was named as the Ensemble Intercontemporain’s next music director, beginning in the 2013-14 season. 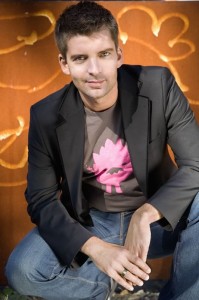 Now entering into his third season as Artist-in-Association with the BBC Scottish Symphony Orchestra, Pintscher continues his partnership with the BBC SSO in 2012-13 with concerts in both its regular subscription and contemporary series, and takes the orchestra to London Proms and the Huddersfield Festival. Highlights of this season include debuts with the Atlanta Symphony Orchestra, New World Symphony, Colorado Symphony, and Accademia Nazionale di Santa Cecilia in Rome. He returns to the New York Philharmonic, Curtis Orchestra, St. Paul Chamber Orchestra, Grand Tetons Music Festival, Scharoun Ensemble for the 25th anniversary celebration of the chamber hall at the Berlin Philharmonie, and Slovenian Philharmonic, where he simultaneously curated the Slowind Festival in Ljubljana.

Pintscher was awarded the 2012 Roche Commission. His new work, Chute d’Étoiles, premiered at the Lucerne Festival in August 2012 by the Cleveland Orchestra under the baton of Franz Welser-Möst, followed by performances at Severance Hall in Cleveland and at Carnegie Hall in November 2012.

Matthias Pintscher began his musical training in conducting, studying with Peter Eötvös, but composing took a more prominent role in his life while he was in his early twenties. His music is championed by some of today’s finest performing artists, orchestras, and conductors. His works are frequently performed by orchestras such as the Chicago, London, BBC, and NDR symphony orchestras; the Cleveland, Philadelphia, and Philharmonia orchestras; the New York and Berlin Philharmonics; the London Philharmonic Orchestra; and the Orchestre de Paris.

Pintscher makes his home in New York and Paris. His works are published exclusively by Bärenreiter-Verlag. He works and records with Kairos, EMI, ECM, Teldec, Wergo, and Winter & Winter.